For many merchants, an ecommerce presence has been critical over recent weeks: in some cases, such as apparel, online channels have managed to completely replace in-store sales to the extent the industry is no longer loss-making. However, increased Card Not Present (CNP) transactions come at a cost for retailers.

How Fast Is Online Growing?

In 2017, CNP channels constituted 19% of transaction counts and 31% of dollar spend for debit cards in the U.S.; currently, we are seeing a massive 46% of all transactions and 58% of all dollar spend being processed via CNP. In some industries, the shift has been vast and unprecedented. For example, the apparel industry moved from 42% online on March 6th to 92% online just 12 days later. Meanwhile, retailers with no online strategy, such as leading UK retailer Primark, have seen sales fall to zero virtually overnight .

We don’t yet know where online volumes are going to land in the long-term, and some of this shift has been temporary: it is highly unlikely that the likes of apparel will still see 100% of their spend online once stores reopen. However, the pandemic is likely to have permanently accelerated the move to ecommerce, with new users shopping online for the first time – such as the so called ‘silver tech’ generation . Ultimately, the growth of online shopping is not stopping any time soon.

Why Are Online Transactions More Expensive?

However, this increased online activity undeniably comes at a cost. Not only can debit card transactions not be routed online – as they can in the face-to-face environment to minimize processing costs – but credit card fees are significantly higher for CNP.

A typical retailer with a $1 billion credit card revenue could expect to see average credit card interchange fees increase from 2.32% to 2.60%, if their volumes shifted entirely from in-store to online. This would incur an additional cost of $2.8 million annually. 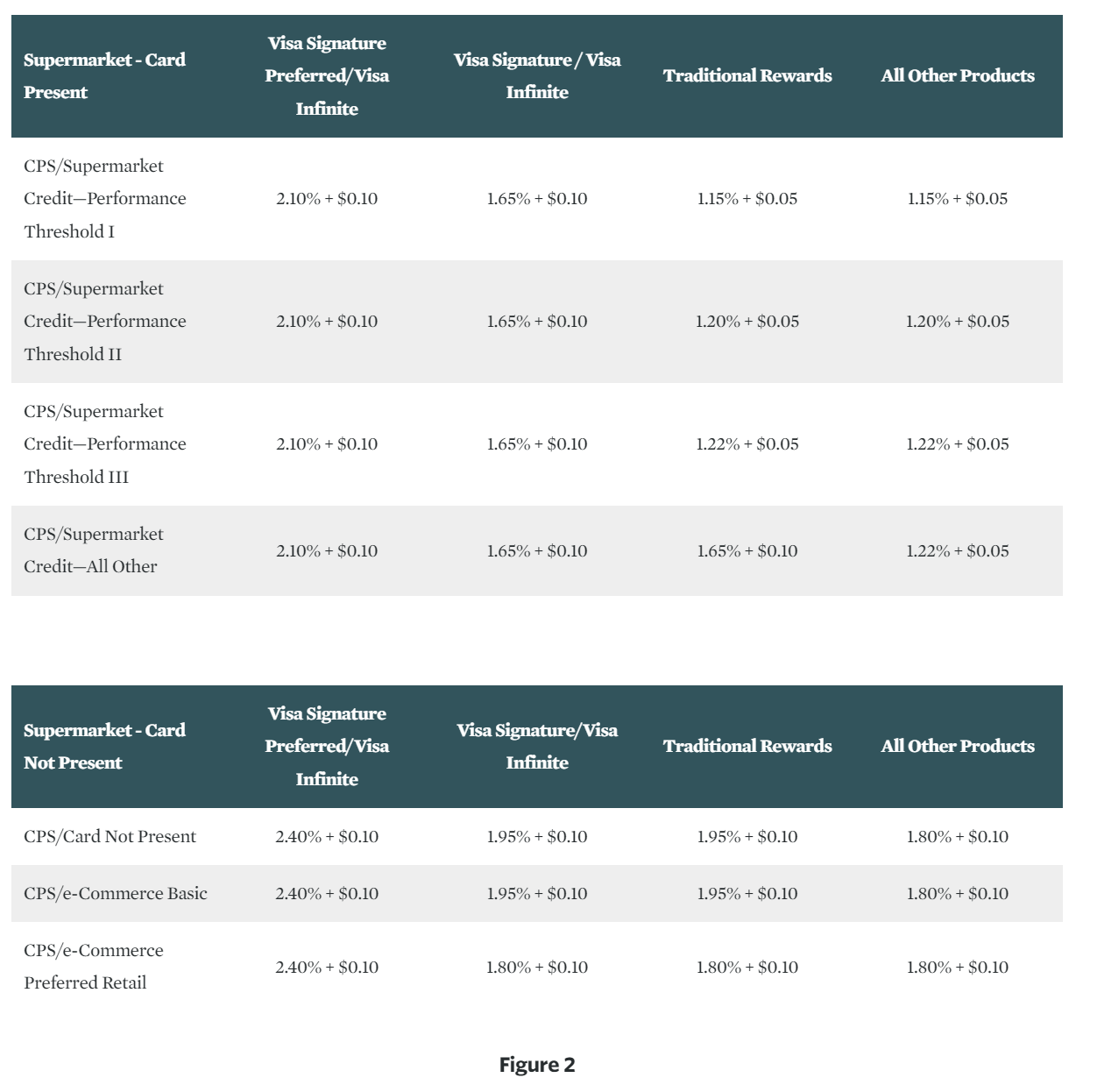 Overall, we estimate U.S. merchants are likely to incur $1.6 billion in additional credit card interchange fees in 2020 because of the rapid shift towards online spend.

But the costs certainly don’t end there: network fees are generally higher too. For example, Mastercard charges a 1bps digital enablement fee that only applies to online transactions. CMSPI estimates, due to higher online spending, increased issuing of this fee will cost U.S. merchants an estimated $24.8 million in 2020 – in addition to the interchange fee impact.

These issues are further exacerbated by consumers increasingly choosing to pay by credit card rather than debit – as we are observing in our Retail Payments Review. This is proving a particularly prevalent trend in certain industries, such as grocery and apparel, as consumers look to improve their cashflow during these uncertain economic times. Since debit fees are far lower than credit fees, merchants are being hit by higher fees for both the channel and the method of the transaction.

Merchants can mitigate against these increases by optimizing their credit and debit card fees, agreeing network incentives, and minimizing processing fees. However, the long-term solution here is simple: routing. If credit card interchange fees were subject to the same competition as single message debit card fees, they would not be so high; likewise, if merchants had the same ability to route transactions online as they do in-store, the cost of accepting card payments would be significantly lower. The real solution is to extend the No Network Exclusivity co-badging mandate from the Durbin amendment to credit cards.In the short-term, however, merchants must look to optimize internally – taking advantage of the transactions they can route to reduce costs and seeking opportunities to reduce the overall cost of process card payments as we enter a new, post-pandemic retail environment.To find out how you can optimize your payments set up to win customers and boost revenue in a more online world, get in touch with our ecommerce experts today.This blog is one of three in a series looking at how the rise in online spending is impacting the merchant community:

Connect with Callum on LinkedIn